I just realized this is the second band lyrics i’m posting in fancy script. Keep them coming I love doing script. These lyrics are from Alkaline Trio’s song Crawl. She sat so well especially since after we finished the first foot she found out her boyfriend’s car had just been broken in to and his school bag was gone with his laptop, expensive books, and more electronics! Atlanta keep your stuff out of your car when you are not there, where ever you are parked. danielle

Waking up zeroed in on medicine
Am I waking up at all today
Seeing lights, feeling pain
There’s my cure on ice
I can walk but I will crawl there
I will crawl there
Sitting straight, feeling faint
An exhausted smile screens my words
But I will hear them
Here’s a phrase that we all know
But I can’t make sense
I don’t know words but I will hear them
I still hear them
Never ran away for the sake of scars
Tried not to move but she was armed
And shots were fired
Now a hole in the head of this wounded liar
Never had a drink that I didn’t like
Got a taste of you, threw up all night
I got more sick
With every sour second rate kiss
Everything I never would miss again
I don’t know who your boyfriend is 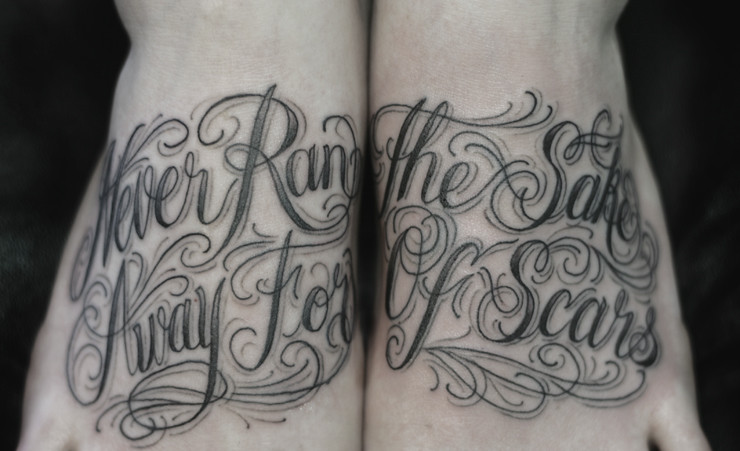 © 2023 Only You Tattoo|ProPhoto4 by NetRivet Blogs