We won! Creative Loafing in Atlanta has voted us critics pick for best tattoo studio 2010. We have really worked hard to build a reputation in Atlanta, and it’s an honor to be named best tattoo studio by some people that really know what they are talking about. We opened the shop in 2009 and we are just getting started. Here are the newspaper sections that we were in. You can pick up the issue at the shop or on the street now and check it out online at Creative Loafing under consumer culture. We have a lot of friends that also got recognized for their hard work and you should check them out as well if you haven’t already. Graveyard Tavern, Octane, Bernadette Seacrest, Home Grown, King of Pops, Young Blood Gallery, Dynamic Dish, Dad’s Garage Theatre, Cafe Sunflower, Wonderroot, Andy Sandford. Congratulation to everyone else that won and thanks again for all the support of the shop.

Thanks Matt, Danielle and Charles 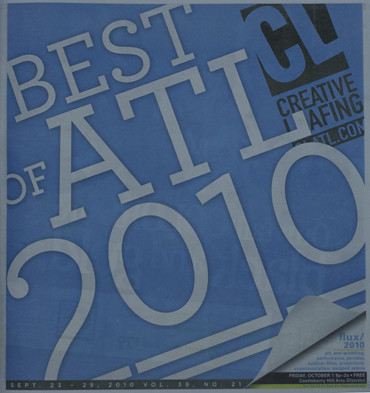 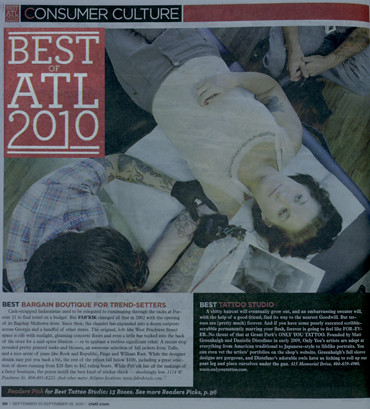 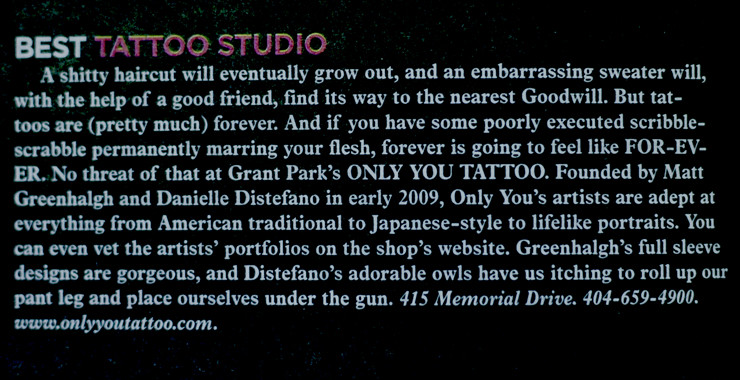 no comments
link to this post
email a friend

© 2023 Only You Tattoo|ProPhoto Photography Blogsite by NetRivet Sites